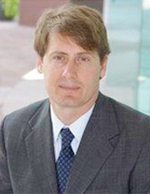 Since 2008, Mr. Hippe's practice has been focused on civil trial matters. The majority of his cases involve divorce and other family law disputes. Mr. Hippe has extensive trial experience having won numerous bench as well as jury trials. He has successfully litigated every potential aspect of any domestic case, from property division, to alimony, to custody disputes. He has also prevailed in numerous post-divorce modification and contempt cases. Although the majority of Mr. Hippe's cases settle, certain cases have to be tried, and Mr. Hippe has an outstanding trial record if a trial is required.

In recognition of his professional accomplishments, Mr. Hippe has received invitations to speak at ICLE functions sponsored by the State Bar of Georgia, has spoken at the State Bar on the Georgia Rules of Evidence, has maintained a ranking of 10/10 on AVVO for years, and has been recognized by numerous professional organizations as being one of the top domestic attorneys in Atlanta. For example, the American Institute of Family Law Attorneys, Inc. has recognized Mr. Hippe as being one of the "10 Best for Client Satisfaction" every year since 2015.

While this professional recognition is appreciated, Mr. Hippe is most proud of the outstanding results he has obtained for the hundreds of clients he has represented over the past ten (10) years.

Although Mr. Hippe's extensive trial experience is a major asset to his domestic and other clients, his broad professional background, which includes real estate, corporate law, and bankruptcy, and his business experience is often an asset as well. For example, in 1997, Mr. Hippe started the firm Russell H. Hippe & Associates, P.C. with an emphasis on residential real estate closings. From 1997 until 2007, prior to the onset of the mortgage crisis, Mr. Hippe’s firm handled over twenty thousand closings totalling over two billion dollars in gross loan value.

Prior to starting his own practice in 1997, he worked with attorney Carl Stimmel, a gentleman and Emory Law graduate, in Atlanta, Georgia from 1994 until 1997, focusing on both real estate and litigation. Prior to working with Mr. Stimmel, Mr. Hippe clerked for two prestigious firms, Drew Eckl and Franham in Atlanta, and Turner, Padgett, Graham and Laney in Columbia, South Carolina.

Contact Us Now
Practice Areas
Client Reviews
★★★★★
“Thanks so much Mr. Hippe for a great job. Mr. Hippe helped me with a problem with the mother of my child, who would not respect my visitation. He filed the contempt and took care of the situation before the judge in Douglas County, securing a clear order than she cannot interfere with my visitation ever again. Thanks again!” L.R. Atlanta, Georgia
★★★★★
“My experience with Russell Hippe has been wonderful. The first time I called him, I was in a panic not knowing what to do. He was able to see me the very next day. Two days later he filed my divorce. It has been a long road to freedom but he was available every step of the way and his conservative billing style was much appreciated. He is truly a trust worthy attorney. I will definitely recommend him to others seeking a divorce.” M.G. Atlanta, Georgia
★★★★★
“Mr. Russell Hippe is a fantastic lawyer. He took charge of my case involving my step children and helped my wife get custody at a contested hearing. Thanks to him my family is far better off. The children are much happier and are excelling. I can give him the highest, best recommendation as family and trial lawyer.” J.P. Atlanta, Georgia
★★★★★
“I can give Mr. Russell Hippe the highest recommendation. He took my divorce case, did not push me into filing, but once I decided to file, he did a great job. My wife hired a top, super expensive divorce firm, but Mr. Hippe was better, in my view. He handled discovery and depositions skillfully and managed to get the case settled on terms favorable to me. He was fair in his billing, and I know he saved me a lot of money.” S.A. Atlanta, Georgia
View More
Submit a Law Firm Client Review
Mr. Hippe's hourly rate is $325/hr. Can you afford this?
YES NO